The following are significant events involving the aircraft model. The numbered events are those involving at least one passenger death where the aircraft flight had a direct or indirect role, and where at least one of the dead passengers was not a stowaway, hijacker, or saboteur.


27 November 2008; XL Airways Germany A320-200; D-AXLA; near Perpignan, France : The aircraft had been leased to XL Airways Germany and a flight test crew, along with an Air New Zealand civil aviation inspector, were conducting a test flight prior to the aircraft being returned to its owner, Air New Zealand. On approach into Perpignan, the aircraft was seen to enter a rapid dive before it crashed in the Mediterranean Sea just off the coast. All seven occupants were killed.

15 January 2009; US Airways A320-200; N106US; flight 1549; New York, NY: The aircraft was on a scheduled passenger flight from New York (LaGuardia) to Charlotte, NC The aircraft struck a flock of birds shortly after takeoff and experienced a loss of power to both engines. The crew was able to successfully ditch the aircraft in the Hudson River near midtown Manhattan. The aircraft reached an maximum altitude of about 3200 feet before it began to descend. After ditching, all five crew members and 150 passengers evacuated the aircraft. One passenger sustained serious injuries.
US Airways plane crashes
Other Significant A320 Events
Jet Airliner Ditching Events
More about this event 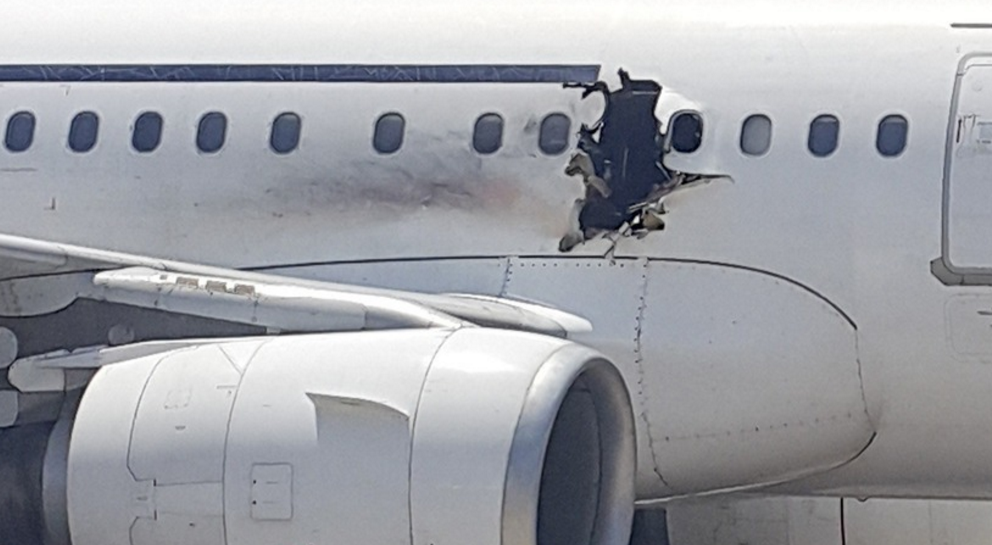 The aircraft was on a scheduled international flight from Mogadishu, Somalia to Djibouti. Shortly after takeoff, when the aircraft was at about 11,000 feet, there was an explosion caused by a bomber that caused a fuselage rupture in the forward portion of the passenger cabin. There was also evidence of fire in the area of the fuselage damage. The crew was able to return to the departure airport at Mogadishu. The only person killed was the bomber, who was ejected out of the aircraft. None of the other 73 passeners were killed, though two were injured. All seven crew members survived.
More about this event

15 August 2019; Ural Airlines A321-211, VQ-BOZ, Zhukovsky, Russia: The aircraft was on a scheduled domestic flight from Zhukovsky to Simferopol, Russia when it encountered a flock of birds shortly after takeoff. Both engines were struck and lost power. The crew landed the aircraft in a field, with landing gear up, about two kilometers from the runway. There was no post crash fire. All seven crew members and 226 passengers survived the emergency landing.
Plane crashes in Russia and the former Soviet Union