This review includes important safety or security related occurrences from 2012. There are two types of events in this review, numbered events and significant events. Numbered events must meet the following criteria: 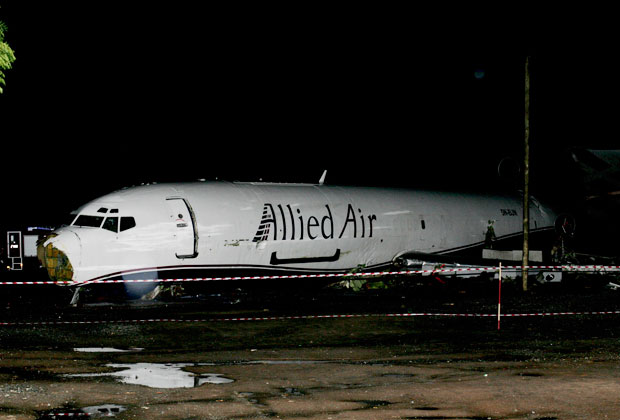 29 December 2012; Red Wings Airlines; Tupolev 204-100; RA-64047; flight 9268; Moscow, Russia: The aircraft was on an unscheduled repositioning flight from Pardubice, Czech Republic to Moscow, Russia. After touching down, the aircraft overran the runway, and collided with an embankment next to a highway, causing the aircraft to break up. While various pieces of aircraft wreckage struck cars on the adjacent highway, no one on the ground was killed (See video below).

Five of the eight crew members were killed. It had been snowing prior to the crash, and there was a significant crosswind at the time of the landing.
Plane crashes in Russia and the former Soviet Union