Air France A330 Crash in the Atlantic Ocean

1 June 2009; Air France A330-200; Flight 447; Atlantic Ocean: The aircraft was on a scheduled international flight from Rio de Janeiro, Brazil to Paris, France. The aircraft departed late on 31 May 2009 from Rio, and crashed in the Atlantic Ocean in the early hours of 1 June 2009. The crash occurred about three hours and 45 minutes after takeoff, in an area of the Atlantic Ocean about 435 nautical miles north-northeast of Fernando de Noronha island.

There were no emergency or distress messages sent by the crew, though there were numerous automatically generate maintenance messages that were sent by the aircraft back to Air France. The last contact between the airplane and Brazilian air traffic control happened around 35 minutes before the crash.

Debris from the aircraft was found near the estimated position of its last radio communication. There were 216 passengers and 12 crew members on board, representing 32 nationalities. A total of 50 bodies were recovered from the ocean, and the remaining passengers and crew are missing and presumed dead. 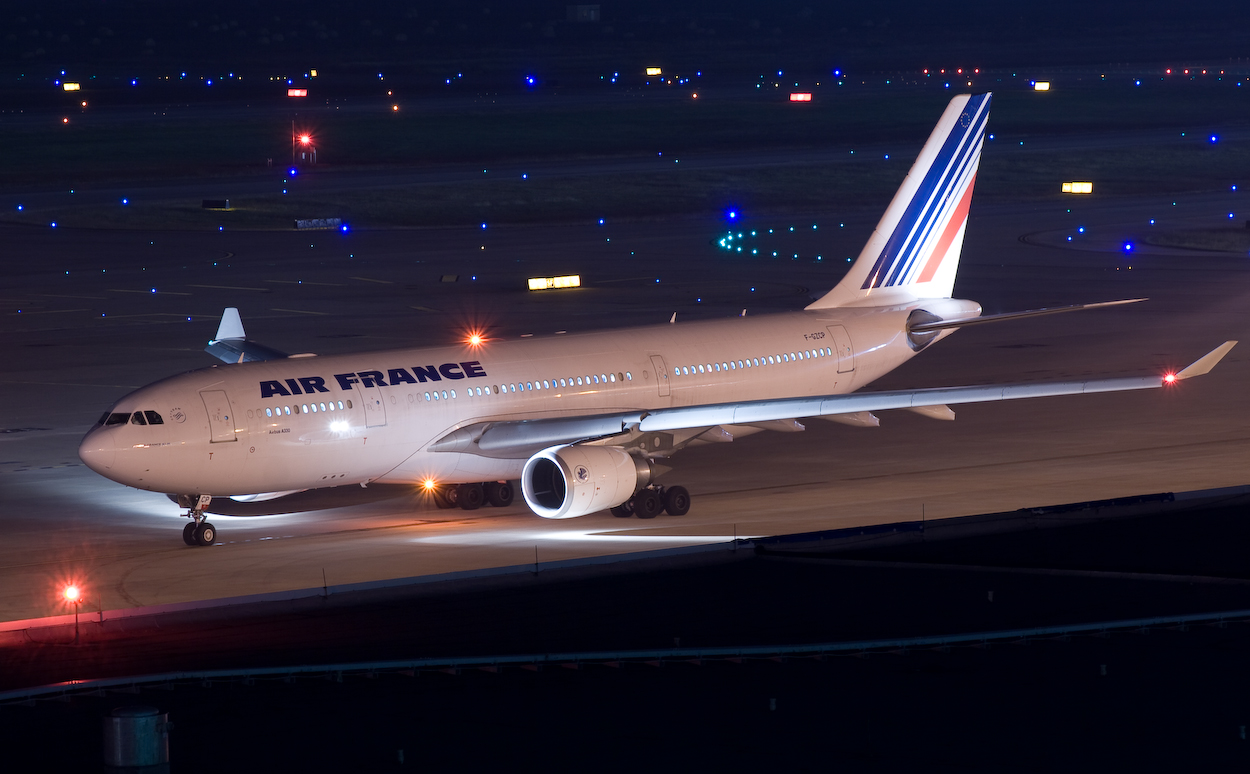 Recovery Efforts
Many pieces of wreckage, as well as 50 occupants from the aircraft (45 passengers, four flight attendants, and the captain) were recovered from the surface of the ocean. The investigators reported that 43 of the 50 bodies, which based on their assigned seats were from all parts of the cabin, showed multiple fractures to their spinal columns, pelvises and chests. These injuries were consistent with an upward shock to passengers seated in an aircraft that struck the water belly first.

Based on an examination of the recovered debris the BEA reported that the airplane struck the surface of the sea violently, with a slight pitch-up attitude and with a slight bank. The airplane was largely intact at the moment of the impact since the debris found came from all over the airframe. The airplane was pressurized, the oxygen masks had not been released, all of the life jackets that were found were still in their containers, and the airplane’s flaps were retracted at the time of the impact with the water. All of the wreckage that has been located or collected, and bodies that have been recovered had been floating on the surface of the ocean.

Investigation and Possible Causes
The investigation is headed by the French Bureau d'Enquetes et d'Analyses (BEA), the equivalent of the NTSB in the US or the AAIB in the UK, and the BEA will be assisted by a variety of other nations, including Brazil and the US. So far, the most direct evidence of the cause of the accident is the presence of suspected aircraft debris on the ocean surface and a series of 24 automatically generated maintenance messages that were transmitted from the plane shortly before the crash. According to Air France officials, these messages indicated that there were several problems with the aircraft, including some unspecified problems with the electrical system and cabin pressurization system.

An Airbus analysis of 24 maintenance messages sent from the aircraft indicate that the pilots and flight control system may have been provided contradictory airspeed indications from one or more of the air data computers. During the last four minutes of messages, the autopilot was switched off, either automatically by the aircraft or manually by the pilots. Other functions, such as the Traffic Alert and Collision Avoidance System (TCAS) and the rudder travel limiter failed at the same time. In addition, investigators have also said the messages indicated that cabin pressure was lost and there was some kind of electrical system failure.

The BEA has produced two interim accident investigation reports, the moste recent one in December 2009. Although the BEA has not identified one or more causes of the crash, in the second interim report it concluded that inconsistencies in airspeed measurement led to the disconnection of various flight control systems, the autopilot, and the autothrottle.

Similar airspeed inconsistencies had occurred on other A330 and A340 flights, and the BEA performed a detailed analysis of 13 significant events involving five airlines operating these aircraft models. These events had several similarities with the accident flight. They occurred when the aircraft was in an area of unstable air masses with deep convective phenomena, the autopilot disconnected, and invalid airspeeds were reported to the flight control system. However, unlike Flight 447, these five aircraft had altitude deviations less than 1000 feet, and all remained within their normal flight envelope.

The BEA concluded that inconsistency in the measurement of airspeeds was one of the elements in the chain of events that led to the accident, though these inconsistencies did not fully explain why the airplane crashed. The BEA has so far not been able to recover the flight data recorder or the cockpit voice recorder. The information from these black boxes, as well as an examination of additional wreckage, may help the BEA figure out the cause of the accident.

Search update 29 May 2011
There have been several attempts to find wreckage on the sea floor, and the first three were not successful. During the fourth, led by the Woods Hole Oceanographic Institution, investigators believed that they had discovered significant amounts of debris from the aircraft, and had sighted a number of victims still strapped in their seats. Significant items were later recovered from the ocean floor, including the flight data recorder and cockpit voice recorder. The BEA has come to some occlusions about what happened, but a full and final report has yet to be released. For more details, including pictures of some of the recovered debris, please visit these AirSafeNews investigation updates:
Wreckage from Flight 447 Found on Ocean Floor - 4 April 2011
Air France AF447 Flight Data Recorder Recovered - 1 May 2011
Air France BEA investigation update from 27 May 2011 - 29 May 2011

Airspeed Measuring System Issues
According to a statement from Air France, starting in May 2008 Air France experienced several incidents involving a loss of airspeed data in flight during the cruise phase on some A340 and A330 flights. These incidents were analyzed with Airbus and it was found that pitot tubes had sometimes experienced icing for a few minutes, after which the problem disappeared. In early 2009, Airbus recommended that a new pitot tube model be used that could reduce the incidence of high altitude airspeed discrepancy resulting from pitot probe icing. In late April 2009, Air France decided to replace all its pitot probes on several models, including the A330 fleet, but the accident aircraft had not yet had its pitot probe replaced. After the accident, Air France speeded up this pitot replacement program and has reminded its pilots of the current instructions issued by Airbus for coping with the loss of airspeed data.
General Description of a Pitot-static System

Weather Issues
While there were severe thunderstorms in the area of the crash, and some suspicion that the aircraft was hit by lightning or encountered severe turbulence, there is no direct indication that this occurred. There were a number of aircraft that had been flying between South America and Europe in the hours before and after the departure of Flight 447, including another Air France aircraft on a Sao Paulo to Paris flight that had taken off about the same time as Flight 447, and none of these crews reported any unusually severe weather en route.