30 June 2009; Yemenia Airlines; A310-300; Flight 626; near Moroni, Comoros Islands: The aircraft was on a flight from Sana'a, Yemen to Moroni, Comoros Islands with 142 passengers and 11 crew on board. The aircraft crashed in the sea near the town of Mitsamiouli, which is on the main island of Grande Comore, in the early morning hours of June 30th. One passenger, a fourteen-year-old girl named Baya Bakari, was found about two hours after the crash, and is the sole survivor of this plane crash. 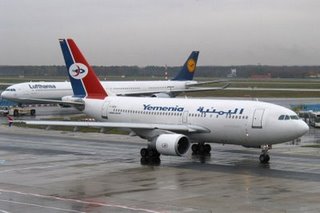 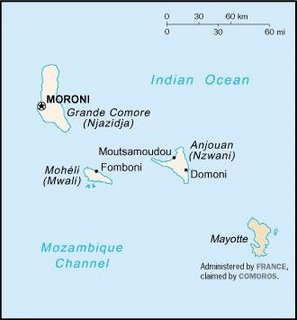 About Yemenia Airlines
Yemenia Airlines has been in operation since 1961 and has no previous fatal plane crashes. Two previous serious incidents did not result in any serious injuries. On June 26, 2000, a 737 departed the side of the runway during a landing in Khartoum, Sudan, and the nose gear collapsed. On August 1, 2001, a Boeing 727 overran the runway at Asmara in Eritrea, and the main landing gear failed after the aircraft crashed into a large block of concrete.

With respect to meeting international standards, the two most prominent rating authorities are the FAA in the US and the European Commission. The FAA's International Aviation Safety Assessments (IASA) Program categorizes countries rather than airlines, but in their latest published summary from December 2008 did not rate Yemen, where Yemenia Airlines is based. Yemenia does not have any direct flights to or from the US. The European Commission restricts individual airlines or even individual aircraft, but their latest "blacklist" of airlines from April 2009 and aircraft did not include Yemenia Airlines.

According to French Transport Minister Dominique Bussereau, the aircraft involved in today's crash had been inspected by French authorities in 2007 and a number of unspecified issues were found during that inspection. The aircraft had not been flown to or from France since then. Also, in February 2009, the European Union had suspended permission for Yemenia to service EU-registered aircraft the airline had failed a set of audit inspections.

About the A310
The aircraft has been in service since 1978 and has been involved in seven previous plane crashes that involved passenger fatalities. The most recent one was a June 2008 crash of a Sudan Airways A310-300 in Khartoum, Sudan. According to AirFleets.net, about 255 aircraft were produces, and about 190 remain in service. By far the largest current operator in world is FedEx, with about 62 aircraft in service.

AirSafe.com will update crash information as it becomes available.