KickSat and the AirSafe.com satellite 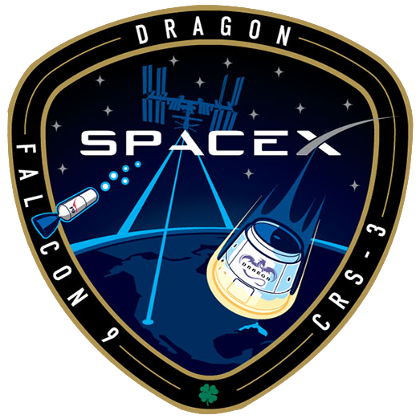 SpaceX mission (CRS-3), which successfully launched on 18 April 2014, was headed to the International Space Station as its primary mission, and it also carried a number of secondary payloads, including one that included AirSafe.com's first satellite.

About the satellite
The KickSat satellite, which was developed in part by Cornell University graduate student Zac Manchester, who funded the project through a campaign on KickStarter. KickSat was designed to deploy a constellation of 104 small satellites called "Sprites" which were about 3.2-centimeter (1.26 in) square in size, and which carried miniaturised solar cells, a gyroscope, magnetometer and a radio system for communication.

The AirSafe.com satellite, once deployed, was designed to broadcast a short five character message, "ASC96," which represents the site AirSafe.com, and the year it was launched, 1996. 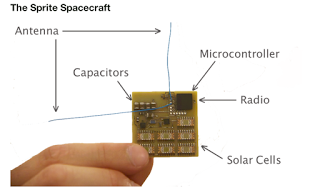 After KickSat achieved orbit, AirSafe.com's satellite was given a new name, the Atascosa 1, a name which honored the aerospace pioneers who inspired it.

KickSat malfunction
The Sprites were set to deploy from the KickSat motherhship 16 days after launch, which would have had the Sprites deploy on May 4, 2014. However, on April 30, 2014, the spacecraft's master clock was reset, pushing the deployment back to May 16th. The orbit of the KickSat was designed so that the satellite, as well as any deployed Sprites, would reenter the atmosphere within a few days after the originally planned deployment time. Unfortunately, reentry occurred on May 13th, three days before the planned Sprite deployment.

While KickSat did not have a chance to achieve two key mission objectives of deploying the Sprites and having their broadcast signals heard on Earth, the KickSat mission successfully proved that the basic concept of the KickSat and the Sprites was sound, and that follow on satellites of a similar design could be launched into orbit in the future.

KickSat-2 is coming
The team that developed the first KickSat has designed an improved version of the satellite, and that satellite has been approved for an upcoming NASA mission.

This interview took place on 26 April 2014, just over a week after the KickSat satellite was successfully launched from Cape Canaveral. The KickSat carries over 100 miniaturized satellites called Sprites (including AirSafe.com's first satellite), and these will be deployed later in the mission. In the interview, Zac discusses the planning and development process for KickSat, the technology that made the miniaturized Sprite satellites possible, and the volunteer network of radio operators who will detect the signals from the Sprites once they deploy.