12 February 2009; Continental Connection (Colgan Air) Dash 8 Q-400; flight 3407; near Buffalo, NY: The aircraft, a scheduled flight from Newark, NJ and operated by Colgan Air, crashed in a residential area about seven miles from the airport. At least one house on the ground was destroyed. All 45 passengers and four crew members were killed, along with one person on the ground.

During a public meeting on February 2, 2010, the NTSB adopted a report on the February 12, 2009 crash of Continental Connection flight 3407 that determined that the captain inappropriately responded to the activation of the stick shaker, which led to a stall from which the airplane did not recover.

The aircraft was a Bombardier Dash 8 (N200WQ), and was flying as a Continental Connection aircraft, though it was operated by Colgan Air. On the night of February 12, 2009, it was on a scheduled flight from Newark, NJ to Buffalo, NY and crashed in a residential area about five miles (8km) from the airport. One house on the ground was destroyed. All 45 passengers and four crew members were killed, along with one person on the ground. 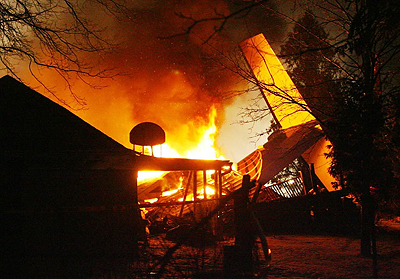 Their report stated that during approach, when the stick shaker activated to warn the flight crew of an impending aerodynamic stall, the captain should have responded to the warning by pushing forward on the control column. However, the captain inappropriately pulled aft on the control column and placed the airplane into an accelerated aerodynamic stall from which the crew could not recover. The NTSB also identified as probable causes the flight crew's communications procedures, the captain's ineffective management, and the airline's procedures for airspeed selection during approaches in icing conditions.

This investigation has generated substantial public interest over the past year in part because of issues, that may have contributed indirectly to this accident, including crew fatigue and the related issue of pilot pay. The captain commuted hundreds of miles and the first officer commuted from the other side of the country prior to reporting for duty, and the NTSB concluded that both pilots used an inappropriate facility during their last rest period before the accident flight. The NTSB also concluded that the pilots’ performance was likely impaired because of fatigue.

Listen to AirSafe.com's Initial Report on this Accident


Fox News interview about the crash

NTSB Hearing on the Buffalo Plane Crash
On May 12th, 2009, the NTSB began a three-day public hearing about its ongoing investigation into the fatal February 2009 crash of a Continental Connection airliner in Buffalo, NY. Among the issues that came up were the possible roles of crew fatigue and crew training in the accident. During the last day of the hearing, noted aviation consultant Mike Boyd and I sat down with host Dave Berns of the "State of Nevada" program on KNPR radio in Las Vegas.
Listen to the Interview.

NTSB Accident Animation
The following NTSB animation of the last few minutes of the flight shows excerpts from the flight data recorder (FDR), the cockpit voice recorder (CVR) transcript, recorded radar data, and aircraft performance data. The audio portion of the video is from air traffic control communications, and does not include audio from the cockpit.