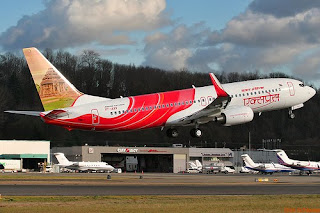 22 May 2010; Air India Express; 737-800; flight 812; Mangalore, India: The aircraft (VT-AXV) was on a scheduled international flight from Dubai, UAE, to Mangalore, India, arriving just after 6 a.m. local time. The aircraft landed on Mangalore airport's 2,450m-long runway, reportedly beyond the normal touchdown zone, and was unable to stop on that runway. After the plane departed the runway, it crashed through the airport's boundary wall and slid into a valley. The aircraft caught fire shortly afterwards.

There were six crew members and 160 passengers and on board, including four infants. Early reports indicate that there were eight survivors. Both pilots were killed in the crash. At the time of the crash, visibility was 6km, with calm winds. The instrument landing system on that runway was also operating normally.

Previous 737-800 Crashes This is the eighth serious crash involving a 737-800. The first was a September 2006 midair collision involving a Gol Linhas Aéreas 737-800 in Brazil that killed all six crew members and 148 passengers, and the most recent was a January 2010 fatal crash of a Ethiopian Airlines jet near Beirut. Four of the previous seven crashes involved passenger fatalities. 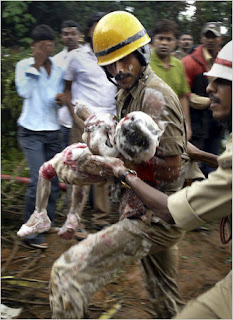