On 16 July 1999, John F. Kennedy, Jr., his wife Carolyn Bessette, and his sister-in-law Lauren Bessette, were killed when the aircraft piloted by John F. Kennedy, Jr. crashed in the Atlantic Ocean near Martha's Vinyard, Massachusetts. Kennedy was the sole pilot on a night flight that departed from the New York City area and was en route to a family gathering in Massachusetts. The following synopsis is based on the preliminary NTSB report on the accident.

John F. Kennedy, Jr. obtained his private pilot certificate in April 1998. He received a "high performance airplane" sign-off in his Cessna 182 in June 1998 and a "complex airplane" sign-off in the accident airplane (Piper Saratoga) in May 1999. Although he completed the FAA's written airplane instrument examination about four months before the accident, he did not possess an instrument rating. His estimated total flight experience, excluding simulator training, was about 310 hours, of which 55 hours were at night. The pilot's estimated flight time in the accident airplane was about 36 hours, of which 9.4 hours were at night. Approximately three hours of that flight time was without a certified flight instructor on board, and about 0.8 hour of that time was flown at night, which included a night landing.

In the 15 months before the accident, Kennedy had flown about 35 flight legs either to or from the Essex County/Teterboro, New Jersey, area and the Martha's Vineyard/Hyannis, Massachusetts, area. Over 17 of these legs were without a flight instructor on board, including at least five at night. The pilot's last known flight in the accident airplane without a CFI on board was several weeks before the accident, on May 28, 1999.

Prior to the accident flight, he obtained weather forecasts for a cross-country flight from Caldwell, NJ to Hyannis, MA with a stop in Martha's Vinyard, MA. The forecast indicated visual flight rules (VFR) conditions with clear skies and visibilities that varied between four to 10 miles along his intended route. The pilot then departed at about 8:38 p.m. local time, about 25 minutes after sunset and about 10 minutes before the end of civil twilight. 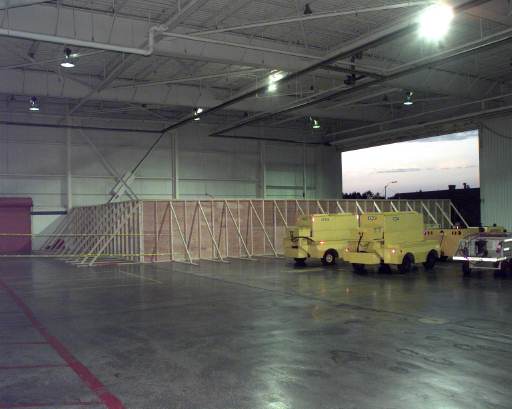 The NTSB determined that the probable causes of this accident were the pilot's failure to maintain control of the airplane during a descent over water at night, which was a result of spatial disorientation. Factors in the accident were haze, and the dark night.